Join me and find out my stories, my challenges, and the lessons I’ve learned on the way.

Take this chance, invest in your personal development, understand your situation and use your potentials to find happiness.

The Poem of Erma Bombeck

Who is Erma Bombeck?

“Erma Louise Bombeck (February 21, 1927 – April 22, 1996) was an American humorist who achieved great popularity for her newspaper column that described suburban home life from the mid-1960s until the late 1990s. Bombeck also published 15 books, most of which became bestsellers.”

Since I came across this poem, I read it and read it all over again, and I want to share with you.

HOW GOD PICKS A MOTHER FOR A HANDICAPPED CHILD

Most women become mothers by accident, some by choice, a few by social pressures and a couple by habit.

Somehow, I visualize God hovering over earth, selecting His instruments for propagation with great care and deliberation. As He observes, He instructs His angels to make notes in a giant ledger.

Finally, He passes a name to an angel and smiles, “Give her a handicap child.”

The angel is curious. “Why this one, God? She’s so happy.”

“Exactly”, smiles God. “Could I give a handicapped child a mother who doesn’t know laughter? That would be cruel.”

“But has she patience?” asks the angel.
“I don’t want her to have too much patience or she will drown in a sea of self-pity and despair. Once the shock and resentment wear off, she’ll handle it.
I watched her today. She has that feeling of self and independence that is so rare and so necessary in a mother. You see, the child I’m going to give her has his own world. She has to make it live in her world and that’s not going to be easy. ”

God smiles.” No matter. I can fix that. This one is perfect. She has just enough selfishness. ”

The angel gasps,” Selfishness? Is that a virtue? ”

God nods.” If she can’t separate herself from the child occasionally, she’ll never survive. Yes, here is a woman whom I will bless with a child less than perfect. She doesn’t realize it yet, but she is to be envied. She will never consider a “step” ordinary. When her child says “Momma” for the first time she will be present at a miracle and know it! When she describes a tree or a sunset to her blind child, she will see it as few people ever see my creations.
I will permit her to see clearly the things I see….. ignorance, cruelty, prejudice….. and allow her to rise above them. She will never be alone. I will be at her side every minute of every day of her life because she is doing my work as surely as she is here by my side. ”

” And what about her patron saint?” asks the angel, his pen poised in mid-air.”
“A mirror will suffice.”. ” 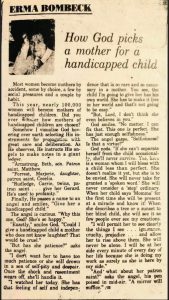 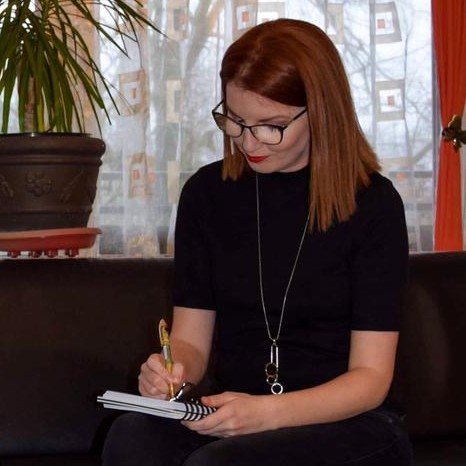 Hi, my name is Maya and I'm here to share my experience of being a mother of special 5-year-old beautiful blue eye girl, Joana. But also to show you that everything is ok and that in any situation you can find things to be happy about